Panel discussion with Q & A 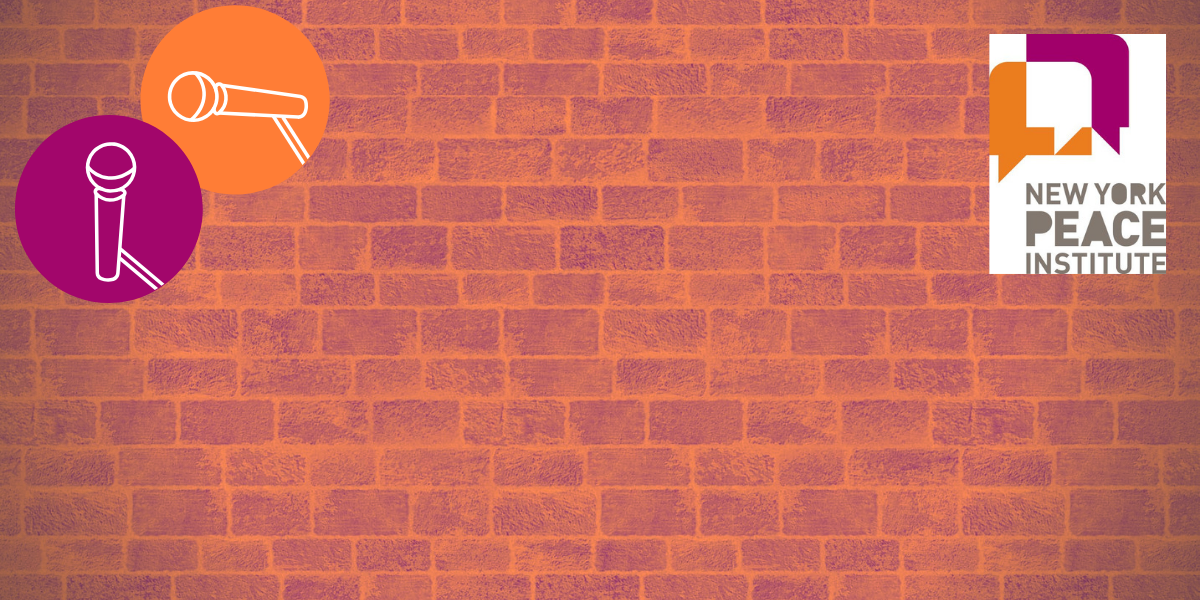 Join New York Peace Institute for our final PeaceRaiser 2020 event - Comedy & Conflict: A Conversation. This panel will focus on how comedians address conflict and how humor can lead to productive dialogue. We will examine how conflict is often at the heart of humor, how humor may lead to conflict, and how highlighting our biases and differences can help us confront them.


Our panel will include:

This event is free, though we ask for a minimum suggested donation of $25. All donations will directly support our PeaceRaiser 2020 campaign and the free conflict resolution services that New York Peace Institute provides to individuals, families, and communities facing conflict and stress in Manhattan and Brooklyn.

A zoom link will be sent to all registered attendees at 12pm on May 28.

Sarah Silverman most recently served as host of the critically-acclaimed series I Love You, America, which streamed weekly on Hulu and earned nominations at the Emmys and Writers Guild Awards. She recently wrapped production on Marry Me alongside Jennifer Lopez and is also working on a late night talk show pilot and her next stand up special, both of which will debut on HBO. Her musical adaptation of her 2010 memoir and New York Times Bestseller, "The Bedwetter: Stories of Courage, Redemption, and Pee" will premiere via the Atlantic Theatre Company later this year.

On stage, Silverman continues to cement her status as a force in stand-up comedy. In May 2017, she released her latest standup special A Speck of Dust on Netflix, which culminated in two Emmy Award nominations and a Grammy Award nomination. In 2013, she debuted her hour-long HBO standup special Sarah Silverman: We Are Miracles, which earned her the 2014 Primetime Emmy Award for “Outstanding Writing for a Variety Special.” The special received an additional Primetime Emmy Awards nomination that year for “Outstanding Variety Special” in addition to a Writers Guild Awards nomination. In September 2014, Silverman released the special as an audio album through Sub Pop Records, which went on to receive a 2015 Grammy Awards nomination for “Best Comedy Album.” Previously, Silverman made an impressive splash with her concert-meets-comedy film Sarah Silverman: Jesus is Magic, which garnered major attention at TIFF.

In the film world, Silverman was most recently seen opposite Emma Stone and Steve Carell in the critically-acclaimed film Battle of the Sexes, which was based on the true story of the 1973 tennis match between Billie Jean King and Bobby Riggs. She also starred in I Smile Back, the film adaptation of the Amy Koppelman novel. The drama premiered at the 2015 Sundance Film Festival and was later released in theaters by Broad Green Pictures. Silverman received much praise for her role as “Laney Brooks,” culminating in a 2016 Screen Actors Guild Award nomination for “Outstanding Performance by a Female Actor in a Leading Role.” Her additional film credits include The Book of Henry, Popstar: Never Stop Never Stopping, Ashby, A Million Ways to Die in the West, Take This Waltz, Gravy, Peep World, I Want Someone to Eat Cheese With, The School of Rock, There’s Something About Mary, The Way of The Gun. Silverman also lent her voice as “Vanellope” in the Oscar-nominated smash hit Wreck It Ralph and Golden Globe nominated Wreck it Ralph 2: Ralph Breaks the Internet.

Silverman was nominated for a 2009 Primetime Emmy Award for “Outstanding Lead Actress in a Comedy Series” for her portrayal of a fictionalized version of herself in her Comedy Central series The Sarah Silverman Program. This marked Comedy Central’s first ever Emmy nomination in a scripted acting category. Silverman also received a Writers Guild Award nomination for her work on the show. In 2008, Silverman won a Primetime Emmy Award for “Outstanding Original Music and Lyrics” for her musical collaboration with Matt Damon. Additionally, she was honored with a Webby Award for “Best Actress” for her online video “The Great Schlep,” in which she persuaded young kids to encourage their grandparents in Florida to vote for President Obama prior to the 2008 Presidential Election.

Silverman has made memorable guest appearances on a number of acclaimed and notable television shows, including Monk, which earned her a 2008 Primetime Emmy Awards nomination for “Outstanding Guest Actress in a Comedy Series.” Silverman also lends her voice to Emmy Award-winning FOX animated series Bob’s Burgers. Her additional television work includes buzzed-about roles on HBO’s Crashing, Masters of Sex, The Good Wife, The Larry Sanders Show, Seinfeld, and Mr. Show with Bob and David. Silverman has hosted a number of major awards shows, including the 2007 MTV Movie Awards and the Independent Spirit Awards. Silverman grew up in New Hampshire and attended one year of New York University. In 1993 she joined Saturday Night Live as a writer and feature performer and has not stopped working since.

She currently lives in Los Angeles.


Stand up comedian and Texas native, Jordan Carlos, has written and performed for “The Nightly Show With Larry Wilmore” (Comedy Central), “Divorce” (HBO), and “First Wives Club” (BET). He also appears on the current season of Black Mirror (Netflix). In addition, Jordan co-hosts the hit podcast “Adulting” on WNYC with Michelle Buteau. Other notable writing credits include “The White House Correspondents Dinner” (2016) as well as “The Not The White House Correspondents Dinner” with Samantha Bee (2017). You might also know him as the resident nerd for shows "Guy Code" and "Girl Code" on MTV. Over his career Jordan has officially become "that dude from that thing." His acting credits include "The Colbert Report," "Nurse Jackie," "Girls," and "Broad City," and Golden-Globe winner, "The Affair." Jordan can also be counted on for a presidential impression with over a million YouTube clicks and counting.


Dan is a national headlining comic who has been a frequent guest on The Tonight Show, and will be on the soon to be released Kevin James Netflix show, The Crew, as well as YouTube Premium’s Cobra Kai. He’s been on NBC's highly acclaimed Bajillion Dollar Properties, ABC’s Super Fun Night with Rebel Wilson, Comedy Central’s Workaholics, Disney Channel’s Kickin’ It, and Adult Swim’s Your Pretty Face is Going to Hell.

Dan has a diverse writing career as well. He has penned the new feature film about the Janoskians entitled Public Disturbance for Lionsgate went to production. He has previously developed with FOX and CBS, Freeform and Pop. He has also written for MTV's Short Circuitz, the A&E Roast of Gene Simmons, and the WWE Roast of Roddy Roddy Piper.


Elizabeth Stordeur Pryor, Ph.D, is an associate professor of history at Smith College. Dr. Pryor is the author of an award winning article, “The Etymology of [N-Word]: Resistance, Language and the Politics of Freedom in the Antebellum North” and 2016’s monograph Colored Travelers: Mobility and the Fight for Citizenship before the Civil War. Elizabeth's recent Ted Talk, Why it's so hard to talk about the N-word, currently has over a million views. Her Ted Talk is part of a new project, which developed out of her research and teaching, is an historical and pedagogical study of the n-word framed, in part, by her experience as a biracial woman in the United States who is also the daughter of iconic comedian Richard Pryor. The book manuscript is under contract with Simon and Schuster's imprint 37 INK.

As NYC’s largest civilian peace force and the State-designated Community Dispute Resolution Center (CDRC) for Manhattan and Brooklyn, New York Peace Institute (NYPI) empowers people to find creative and durable solutions to their disputes. We provide conflict resolution services―mediation, conflict coaching, community conferences and various restorative justice processes―to thousands of New Yorkers each year, and we advance the field by training and certifying mediators and teaching conflict resolution skills to our community through our Training Institute.